Why I Give to ALDF

Since childhood, I have felt a kinship with animals and care deeply about how they are treated. My adult home has always included companion dogs, treated like children, and I recently fulfilled the lifelong dream of interacting with horses by volunteering for Tamaya Rehabilitation Stables in New Mexico.

As an animal advocate, I focus primarily on puppy mills, factory farming, canned hunts, the illegal wildlife trade, and protection for horses.

My early experiences with animals compelled me to commit my life to improving theirs. As a preschooler, I could eat the scrambled eggs from chickens that my beloved grandparents raised, but watching a slaughtered chicken jump around was traumatizing and planted the seeds of vegetarianism.

During elementary school, I watched a neighborhood dog attack a kitten. That memory and the feeling of helplessness as the scene unfolded before me are still vivid. Their paths should never have crossed. The kitten was probably feral, born long before the advent of TNR ordinances (trap, neuter, release), and no leash laws existed to prohibit the dog from roaming freely.

I was incensed at being asked to cut up a frog for a high school science class, but later heartened when Jenifer Graham won a four-year legal battle against her high school for a dissection alternative. Her case set a legal precedent in California and demonstrated to me how changing laws could effect change for animals.

The legal system seems to move with painful slowness as animals suffer while we wait, and setbacks are hard. Yet, in the absence of the radical shift in human consciousness necessary to improve animals’ lives, legislating compassion is their best chance.

I accept that the changes I have supported are unlikely in my lifetime. Therefore, leaving resources for ALDF to carry on this crucial work gives me great comfort. No other animal organization has ALDF’s expertise and focus. ALDF is fighting to save animals today and shaping the future of animal law to protect animals in the future. I may not see change happen, but I will have helped. 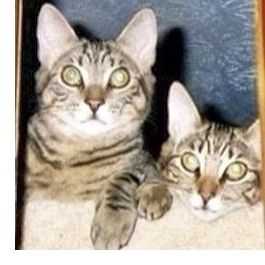 Humans share this wondrous earth with millions of other species we commonly refer to under the broad umbrella name as animals. For too long, too many humans have harbored the false believe that we are superior to all other creatures and that superiority in some way bestows upon us an inherent right to treat animals as things or as property—or, at best, as non-sentient inferior beings who possess little, if any, intelligence, who experience no emotions, and who are incapable of feeling physical or emotional pain. This belief has led to the tragic neglect, suffering, torture and murder—even to the point of extinction—of so many members of other species by humans who have never had to answer for their crimes. Mercifully, there are many human beings who have recognized and honored the animals for who they are as sentient beings possessing intelligence, emotions and feelings as much, or more, than we humans do; we are not them, but we share this world and our lives with them.

To protect them, respect them, nurture and care for them, learn from them, love and be loved by them, is a privilege and an honor. In the relatively short time that the Animal Legal Defense Fund has been in existence, it has made phenomenal progress in the fight for animals, working within our legal system to grant these ‘other nations’ protections that we as individuals, working alone, could not have achieved. There is now hope—and that hope that began as a tiny glimmer will shine ever brighter as we stand together in support of the ALDF, through our time here and beyond, by choosing to name ALDF as a beneficiary in our wills.

As members of ALDF for many years, we continue to be thankful that one organization in the broader animal rights community dedicates all of its resources to working through the legal system to help draft and enact stronger animal protection laws and to providing resources to assist in the prosecution of animal abusers so they can be brought to justice.

We are grateful to be associated with a group of people who care as much as we do about the safety and welfare of our animal friends and happy that we can help provide for future funding of ALDF’s work on behalf of animals through the estate planning process by leaving a gift as our legacy after our passing.